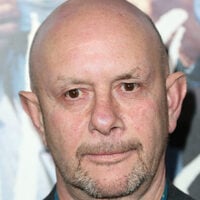 Nick Hornby net worth: Nick Hornby is an English writer and screenwriter who has a net worth of $22 million dollars. Nick Hornby was born in Redhill, Surrey, England in April 1957. He is probably best known for his novels High Fidelity, Fever Pitch and About a Boy. All three of these novels were subsequently turned into movies. His first published book was Fever Pitch in 1992. This book earned him the William Hill Sports Book of the Year Award. The book was adapted to film in the U.K. in 1997 and in America in 2005. His book High Fidelity was published in 1995 and was turned into a film in 2000 and a Broadway musical in 2006. Hornby's novel About a Boy was published in 1998. The book was turned into a movie in 2002 and Hornby received the E.M. Forster Award for it. Horny bas published seven novels as well as screenplays, short stories, non-fiction, and anthologies. His 2005 novel A Long Way Down was adapted into a movie in 2014. He served as the film's executive producer, and also produced An Education, The Perfect Catch, About a boy, and The Real James Bond's Gadgets. Hornby made a cameo in the film Fever Pitch as a school football coach. The 2009 film An Education earned him an Academy Award nomination for Best Writing, Adapted Screenplay.