What is Nicholas Sparks's net worth?

Nicholas Sparks is an American novelist, screenwriter, and producer who has a net worth of $40 million dollars. Nicholas Sparks is recognized for his popular tearjerking romance books. All of his titles, including over 20 novels, have been New York Times bestsellers, with more than 115 million copies sold worldwide. Many of Sparks' books have been adapted into movies, including "A Walk to Remember," "The Notebook," "Dear John," "Message in a Bottle," and "The Choice."


Nicholas Sparks was born in 1965 in Omaha, Nebraska. His mother, Jill, was a homemaker and optometrist's assistant, while his father, Patrick, was a graduate student who went on to become a business professor. Sparks is of German, Irish, English, and Czech ancestry, and was raised in the Roman Catholic faith. He has an older brother, Michael, and had a younger sister named Danielle who passed away in 2000. Throughout Sparks' childhood, the family frequently moved due to his father's graduate studies career; among the places they resided were Watertown, Minnesota, Inglewood, California, and Grand Island, Nebraska. When Sparks' father became a professor at California State University, Sacramento, the family settled in Fair Oaks. There, Sparks attended Bella Vista High School, from which he graduated as valedictorian. Subsequently, he enrolled at the University of Notre Dame on a track and field scholarship. Sparks finished his academic work early, graduating magna cum laude.

At his mother's suggestion, Sparks began writing. During the summer of 1985, between his first and second years at Notre Dame, he authored his first, unpublished novel, "The Passing." Sparks penned another unpublished work, called "The Royal Murders," in 1989. After college, he sought work with publishers and applied to law school, but didn't find success in either endeavor. Instead, he spent the next three years taking various odd jobs, including real estate appraisal, waitering, and selling dental products over the phone.

Writing Breakthrough with "The Notebook"

While working in pharmaceutical sales in 1994, Sparks began writing a novel in his spare time; it was to become "The Notebook." The next year, Sparks was discovered by literary agent Theresa Park, who fell in love with "The Notebook" after picking it out of her agency's pile of manuscripts. Park subsequently secured a $1 million advance for the book from Time Warner Book Group, and had it published in 1996. During its first week of release, "The Notebook" made it onto the New York Times bestseller list, where it would remain for 56 weeks.

In addition to "The Notebook," 15 of Sparks' novels have been number one New York Times bestsellers; all of his titles, meanwhile, have made the list in some capacity. After "The Notebook," he published "Message in a Bottle," which explores love and grief in Wilmington, North Carolina. This was followed in 1999 by "A Walk to Remember," which centers on teenage lovers in the late 1950s. Next, Sparks released "The Rescue," "A Bend in the Road," "Nights in Rodanthe," and "The Guardian," about a widow and her Great Dane. 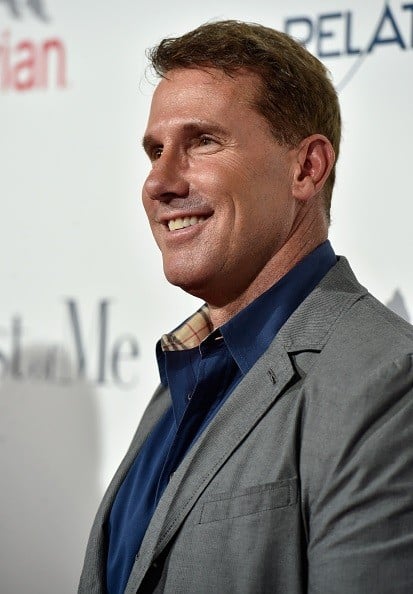 In 2005, Sparks released "True Believer" and its sequel, "At First Sight." The supernatural-tinged books focus on the burgeoning romantic relationship between Jeremy Marsh and town librarian Lexie Darnell. After this, Sparks released "Dear John," a modern-day update of three plays by French author Marcel Pagnol; "The Choice," about a relationship tested by a life-changing accident; "The Lucky One," which deals with the Iraq War; and "The Last Song," which was specifically written to be adapted into a film. Among Sparks' works in the 2010s are "Safe Haven," "The Best of Me," "The Longest Ride," "See Me," "Two by Two," and "Every Breath."

Several of Sparks' novels have been adapted into films. The first was 1999's "Message in a Bottle," starring Kevin Costner, Robin Wright, and Paul Newman. Panned by critics, it was a solid success at the box office, grossing $118 million globally. The next adaptation came in 2002 with "A Walk to Remember," starring Mandy Moore, Shane West, and Daryl Hannah. Notably, the movie changed the book's setting from the 1950s to the present day. One of the most popular Sparks adaptations, "The Notebook," was released in 2004. Starring Ryan Gosling, Rachel McAdams, James Garner, and Gena Rowlands, the film grossed around $117 million worldwide, and earned nominations from the Screen Actors Guild Awards and Teen Choice Awards.

Among the other adaptations of Sparks' books are "Nights in Rodanthe," with Richard Gere and Diane Lane; "Dear John," starring Channing Tatum and Amanda Seyfried; "The Lucky One," with Zac Efron playing US Marine Logan Thibault; "The Best of Me," with James Marsden and Michelle Monaghan; and "The Choice," featuring Benjamin Walker, Teresa Palmer, Maggie Grace, Tom Wilkinson, and Alexandra Daddario.

On spring break in 1988, Sparks met his future wife, Cathy Cote. They married in 1989, and settled in New Bern, North Carolina, where they raised their three sons and twin daughters. The couple separated in 2015, and then officially divorced.

Sparks continues to live in New Bern, where he contributes to a number of causes. Among them, he donated around $900,000 to New Bern High School for the implementation of an all-weather tartan track. Sparks also contributes to the Creative Writing MFA program at the University of Notre Dame by funding scholarships, fellowships, and internships. In 2011, he founded the Nicholas Sparks Foundation, a nonprofit devoted to providing global education experiences for students of all ages. 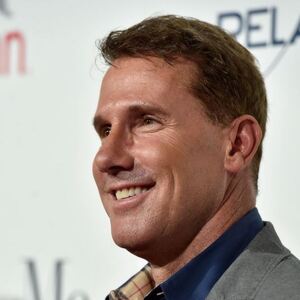