Neil Strauss net worth: Neil Strauss is an american author and journalist who has a net worth of $8 million. Neil Strauss earned his net worth as a best-selling author and an award-winning journalist. While in high school, Strauss was a writer for an avant-grade magazine called Ear and was working on his first book, Radiotext(e).

He then went on to work for New York newspaper and The Village Voice before becoming a music critic for New York Times. Strauss then became the contributing editor for Rolling Stone Magazine, where he's won the ASCAP award for his report on Kurt Cobain's suicide. The seasoned writer also won an award for his profile on Eric Clapton in The New York Times Arts and Leisure section. In the past he has also written for Esquire, Maxim, Entertainment Weekly and The Source. In 2005, Strauss published The Game: Penetrating the Secret Society of Pickup Artists, which stayed on The New York Times Bestsellers list for one month. The book certainly didn't go unnoticed as it stole the top spot on Amazon.com. Strauss also published Everybody Loves you When You're Dead: The Journey into Fame and Madness in 2011, which was also on New York Times Bestsellers list. Strauss was, at one stage, in the center of the celebrity gossip world when it was revealed that his long-time girlfriend, Lisa Leveridge left him for popstar Robbie Williams. Strauss denied the claims – but did confirm the break-up on his mailing list months later. In February 2018, it was revealed that Neil was working on a book with conspiracy theorist Alex Jones. 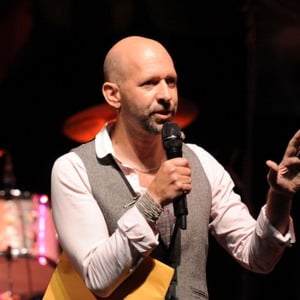