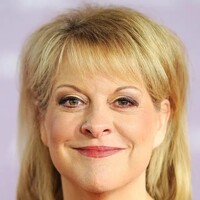 What is Nancy Grace's Net Worth and Salary?

Nancy Grace is an American legal commentator, television host, television journalist, former prosecutor, and author who has a net worth of $25 million. Nancy Grace is probably best known for hosting the show "Nancy Grace," which ran from 2005 to 2016 on HLN, and she appeared as the arbiter on "Swift Justice with Nancy Grace," a courtroom reality show. Prior to becoming a prominent figure in the entertainment world, Grace gained experience as a prosecutor in Georgia.

Nancy Ann Grace was born on October 23rd of 1959 in Macon, Georgia. Raised alongside two siblings in a working-class home, Nancy regularly attended Macon's Liberty United Methodist Church along with her family. After graduating from secondary school, Grace attended Valdosta State University. She then transferred to Mercer University and obtained a Bachelor of Arts degree. She was initially taken by Shakespeare, but her priorities changed after her fiance was tragically murdered when she was 19.

Following this incident, Grace became focused on a career in law. She enrolled at Walter F. George School of Law and eventually earned her Juris Doctor. Following this, she obtained a Masters of Laws in constitutional and criminal law from New York University. She maintained close ties with the academic community even after graduating, and at one point she taught litigation at the Georgia State College of Law. She is also part of Mercer University's board of trustees.

Initially, Nancy Grace practiced antitrust and consumer protection law with the Federal Trade Commission. During this early period, she also worked as a clerk for a federal court judge. Following this, she became a Special Prosecutor for the Georgia District Attorney's office, focusing on cases involving rape, child molestation, arson, and other crimes.

In 1996, she left the Fulton County prosecutors' office and accepted an offer to host a legal commentary show for Court TV. She hosted a number of shows during this period, including "Trial Heat" and "Closing Arguments." This lasted until around 2005 when she started hosting a legal analysis show for CNN called "Nancy Grace." In 2010, she also started simultaneously hosting "Swift Justice with Nancy Grace," which ran for one year. In 2019, it was announced that Nancy Grace would be hosting a new show for Oxygen TV called "Injustice with Nancy Grace."

Outside of these projects, Nancy Grace has appeared on shows like "Dancing with the Stars," "Raising Hope," "Law & Order," "Hancock," and "Hollywood Medium with Tyler Henry."

Nancy Grace released her first book in 2005. Entitled "Objection!: How High-Priced Defense Attorneys, Celebrity Defendants, and a 24/7 Media Have Hijacked Our Criminal Justice System," the book became a New York Times bestseller. She has also written works of fiction, including "The Eleventh Victim." Her other books include "Death on the D-List" and "Murder in the Courthouse."

In 2007, Nancy Grace married David Linch, an investment banker. The two were old acquaintances, having met during the 70s at Mercer University. Later that year, she announced that she was pregnant with twins, and her children were born at the end of the year.

Nancy Grace's early law career was not without controversy. In 1977, she was reprimanded by the Supreme Court of Georgia for withholding evidence and making improper statements. In 2005, a federal appeals opinion also found that she failed to follow core ethical rules, once again withholding evidence and allowing a key witness to falsely testify under oath. In many cases, these activities have threatened to impact the outcome of the case. 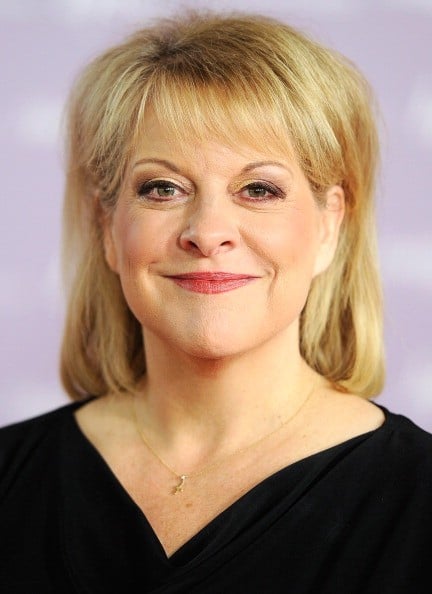 In 2006, Melinda Duckett committed suicide shortly after an interview with Nancy Grace. The interview focused on the disappearance of Duckett's 2-year-old son. Grace grilled Duckett on a number of points, asking her why she hadn't been more transparent about what actually happened on the day of her son's disappearance. Duckett became emotional, and Grace subsequently interviewed a psychologist who asserted that Grace was avoiding the questions. One day after the interview was aired, Duckett shot herself. Family members maintain that her suicide was a result of increased media pressure. In response, Grace claimed that Duckett's guilt was the main factor behind her suicide. Duckett's family later sued CNN, reaching a settlement for $200,000 as part of a wrongful death claim. The family claimed that Duckett would not have killed herself if Grace hadn't traumatized her to such an extent.

In the mid-2000s, Grace was accused of embellishing her life story – especially in regards to the murder of her fiance. After research was conducted by one media publication, it was discovered that Grace's story was full of inaccuracies. For example, her fiance was not shot by a stranger as she had alleged, and the murderer actually confessed on the night of the crime rather than denying it as Grace had claimed.

Nancy Grace received a substantial salary for hosting the HLN show called "Nancy Grace" from 2006 to 2016. Although her earning fluctuated throughout the years, Nancy was paid an annual salary of $8 million at one point.

In 1996, Nancy Grace purchased a property in Brookhaven, Atlanta for $407,500. She spent the next few years renovating the property with a number of additions, including the addition of a completely new second story. When she put the property on the market for $1.599 million in 2014, almost nothing of the original property remained. Highlights include a beautiful front porch, exposed wooden beams, and a deer antler chandelier. Grace was apparently selling the property because she planned to build an entirely new home elsewhere.