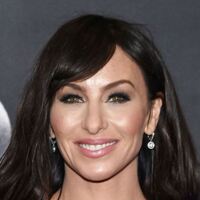 Molly Bloom net worth: Molly Bloom is an American entrepreneur, speaker, and author who has a net worth of $500 thousand. Molly Bloom was born in Loveland, Colorado in April 1978. She authored her memoir Molly's Game: The True Story of the 26-year-Old Woman Behind the Most Exclusive, High-Stakes Underground Poker Game in the World! in 2014. Bloom previously trained to be an Olympic skier before becoming injured. She was charged in 2013 with running a high-stakes poker game in the Viper Room in Los Angeles, California. The game attracted Hollywood celebrities and sports figures. Molly Bloom pled guilty to reduced charges and was fined $200 thousand and sentenced to one year of probation and 200 hours of community service. At the time of her sentencing, Molly's lawyer claimed that she was deep in debt and was forced into illegal poker by a former boss.

The film adaptation of Molly's Game was released in 2017 starring Jessica Chastain. The movie was nominated for an Academy Award in 2018. Her brother Jeremy Bloom was an American Olympic skier and played for the Philadelphia Eagles.