Mo Willems net worth: Mo Willems is an American writer, animator, voice artist, and children's book creator who has a net worth of $4 million. Mo Willems was born in Des Plaines, Illinois in February 1968. He graduated from New York University's Tisch School of the Arts. Willems began to draw and also created his own characters at just three or four years old.

After graduating he traveled around the world for a year drawing one cartoon every day and they were published in his book You Can Never Find a Rickshaw When it Monsoons. He has authored the Pigeon series including the first book Don't Let the Pigeon Drive the Bus! Which received the Caldecott Honor and The Duckling Gets a Cookie!? Which received an Irma Black Award Honor. He authored the Knuffle Bunny series which includes Caledcott Honors Knuffle Bunny: A Cautionary Tale and Knuffle Bunny Too: A Case of Mistaken Identity. He has authored the Elephant and Piggie series which has won several Geisel Medals and the Cat the Cat series as well as several standalone books. 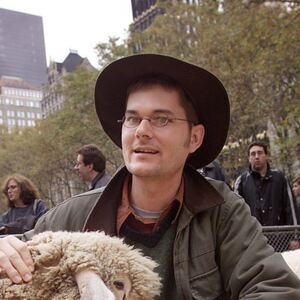