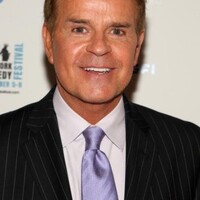 Mike Jerrick Net Worth and salary: Mike Jerrick is an American television anchor who has a net worth of $2 million. Mike Jerrick was born in Wichita, Kansas in July 1950. He earned a BS in Journalism from the University of Kansas and started his career at Topeka's WIBW-TV. He landed a job at WNYW in New York as a host and producer and then moved to KPIX-TV in San Francisco, California. Jerrick worked for HBO's World Entertainment Report and then the Sci-Fi Channel's Sci-Fi Buzz. He hosted What's News on America's Talking and then America After Hours on CNBC. Jerrick hosted Good Day Philadelphia before he moved to the Fox News Channel in 2002. His best known show was The Morning Show with Mike and Juliet which he worked on from 2007 until 2009 with co-host Juliet Huddy. Mike also co-hosted the show DaySide with Huddy and is a fill-in host on Fox & Friends on the Fox News Channel. He worked on Good Day in Philadelphia until March 2014. Jerrick was nominated for a CableACE Award for Magazine Host in 1994 for Sci-Fi Buzz.