Michael Parkinson net worth: Michael Parkinson is an English broadcaster, author, and journalist who has a net worth of $12 million. Michael Parkinson was born in Cudworth, Yorkshire, England in March 1935. He presented the television series Parkinson from 1971 to 1982 and again from 1998 to 2007. The Guardian called Parkinson "the great British talk show host".

Parkinson has also been featured on the TV series Scene at 6:30, Cinema, Parkinson One to One, Good Morning Britain, Countdown, and Michael Parkinson: Masterclass. He won a BAFTA TV Award in 1999 for Best Light Entertainment Performance and won a British Film Institute Fellowship Award in 1997. He has been married to journalist and television presenter Mary Heneghan since 1959. 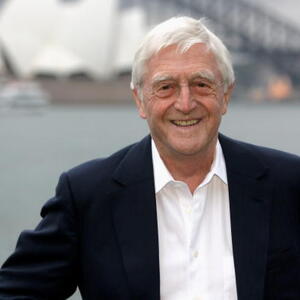