Michael Lewis net worth: Michael Lewis is an American author who has a net worth of $25 Million. Michael Lewis is originally from New Orleans. He attended Princeton University, where he received a degree in art history. He later moved to New York, unsuccessfully trying to find a job in Finance.

Perhaps having a degree in Art History didn't raise too many eyebrows in the New York financial community. He later went to London School of Economics where he received a degree in 1985. After graduating from LSE Michael was able to land a job with the Solomon Brothers investment bank. His starting salary of $48,000 was equal to roughly $90,000 in today's money. Lewis eventually quit to write the book "Liar's Poker" which went on to be an international bestseller. Michael Lewis has since written many books, including, The New New Thing, The Big Short, Flash Boys and Moneyball which was adapted into a movie starring Brad Pitt. Michael Lewis has been married to former MTV host Tabitha Soren since 2009. They have three children together. 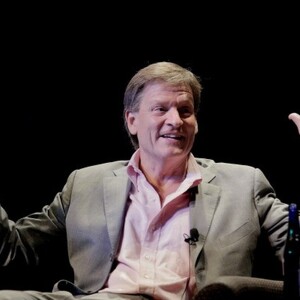