Michael Baisden is an American TV and radio personality who has a net worth of $5 million. Baisden also gained his net worth as a self-published author, filmmaker and producer. Chicago-born Baisden jumped started his career after he left his job as a train driver and published, Never Satisfied, selling the book at the back of his car trunk.

Within eight months, he sold 50,000 copies and the book was featured on the Essence magazine best sellers list. He went on to publish Men Cry in the Dark (1997), Maintenance Man (2000) and God's Gift to Women (2003). He produced an award-winning screenplay based on his novels called Love, Lust and Lies and produced two seminar tapes called Relationship Seminars and Men Has Issues Too. More recently he directed a documentary called, Do Women Know What They Want? Baisden began radio career with KISS FM in New York as an afternoon drive time host. He now hosts and co-produces Baisden After Dark, a late-night TV talk show on TV One. In addition to busy schedule, Baisden set up Michael Baisden Foundation. The non-for-profit organisation aims to promote literacy and provide mentors for at-risk youths. 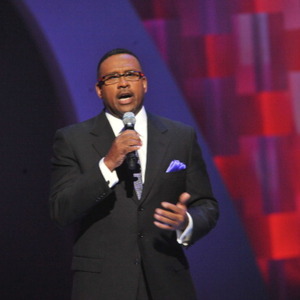