Merrill Markoe Net Worth: Merrill Markoe is an American writer and comedian who has a net worth of $3 million. Merrill Markoe was born in 1948 in New York City, New York. Markoe earned her bachelor's degree in art from the University of California at Berkeley. Two years later, she received her master's from the same school. Markoe went to work teaching art at the University of Southern California following graduation. Soon after, she started working as a writer on various TV programs, including "Mary Hartman, Mary Hartman". In 1977, she worked on "Laugh-In" and, a year later, Mary Tyler Moore's "Mary". By 1980, Markoe landed the job of head writer for "The David Letterman Show", winning an Emmy Award for her work. Markoe continued writing for the comedian on the hit show "Late Night with David Letterman". She was part of three Emmy Award wins for Outstanding Writing. Markoe created several favorite segments, including Stupid Pet Tricks and Stupid Human Tricks. Markoe's other writing credits include "Sex and the City" and "Moonlighting". She appeared on "Who Gets the Dog?" and now writes for a variety of publications, including "Time", "Rolling Stone", "People", "Esquire", and "The New York Times". Markoe and her longtime partner Andy Prieboy have four dogs and live in California. 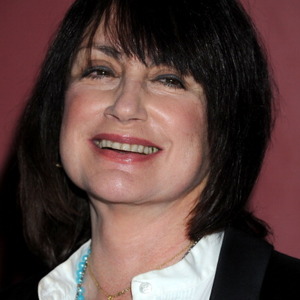