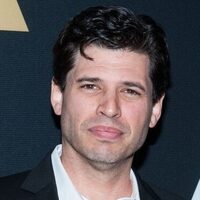 Max Brooks net worth: Maximillian Michael "Max" Brooks is an American horror author and screenwriter who has a net worth of $20 million. Max Brooks was born in New York City on May 22, 1972 as the son of comedy filmmaker Mel Brooks and actress Anne Bancroft. Unlike his father, Max is more interested in horror stories, more specifically, zombie stories. Max Brooks graduated from Pitzer College with a major in history. From 2001 to 2003, he was a member of the writing team at Saturday Night Live. He is the author of several zombie books including: "The Zombie Survival Guide," and the follow-up, "The Zombie Survival Guide: Recorded Attacks," which is a graphic novel series depicting the creation of zombies, and the lives of zombies, with several zombie events detailed in the book's latter section. In 2006, Brooks published "World War Z: An Oral History of the Zombie War," which deals with the war between the human race and zombies. Paramount Pictures acquired the movie rights and Brad Pitt's production company, Plan B Entertainment, is producing the film. Brooks has a number of other creative credits including acting roles on Roseanne, To Be or Not to Be, Pacific Blue, and 7th Heaven. He has done voiceover work for animated shows like Batman Beyond, Buzz Lightyear of Star Command, Justice League, and All Dogs Go to Heaven: The Series.