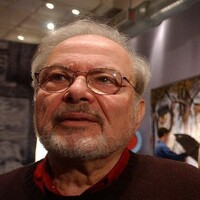 What is Maurice Sendak's Net Worth?

Maurice Sendak was an American illustrator and author of children's books who had a net worth of $20 million at the time of his death. Maurice Sendak is best known for the book "Where the Wild Things Are" which was published in 1963.

Maurice Sendak was born on June 10, 1928 in Brooklyn, New York. He was born to Sadie and Philip Sendak, Polish Jewish immigrants. He was the youngest of three siblings. His sister, Natalie, was nine years older than him and his brother, Jack, was five years older. Jack went on to become a children's book author and Sendak illustrated two of his brother's books in the 1950s.

Sendak became ill as a child and was confined to bed for long periods of time, which helped him develop his interest in books. At the age of 12, he decided to become an illustrator after watching the film, "Fantasia." He began drawing and illustrating from that point onward.

One of Sendak's first professional commissions was to create window displays for the toy store FAO Schwarz. His illustrations were first published in 1947 in a textbook called "Atomics for the Millions." Throughout the 1950s, he primarily illustrated the books of other children's literature authors as he had not yet begun to write his own stories. He became well-known in the illustration community for illustrating Else Holmelund Minarik's "Little Bear" books.

His first prominent solo work was "Where the Wild Things Are," which he wrote and illustrated in 1963. The book's grotesque depictions of monsters drew international attention, as some parents were concerned they were too scary for children. Over time, the book has become one of the most popular children's books of all time.

In 1966, Maurice Sendak worked with author Isaac Bashevis Singer to illustrate his book, "Zlateh the Goat and Other Stories." The book received a Newbery Honor. In 1970, he wrote and illustrated "In the Night Kitchen," which features a young boy who occasionally appears nude in the book. The nudity has caused the book to be challenged in various states and the American Library Association has included it on its list of frequently challenged and banned books.

Other books that Sendak has authored and illustrated include "Seven Little Monsters" in 1977, "Outside Over There" in 1981, and "The Big Book for Peace" in 1990, among others. He also continued working as an illustrator only for the works of other authors, including books like "The Cunning Little Vixen," "The Golden Key," "Penthesilea," and "Brundibar." "Brundibar" was a collaboration with playwright Tony Kushner. Sendak had approached Kushner with idea of adapting the Czech children's Holocaust opera by Hans Krasa into a children's book, which Kushner wrote and Sendak illustrated. Published in 2003, "The New York Times Book Review" included the book on its list of the top ten illustrated books of the year. 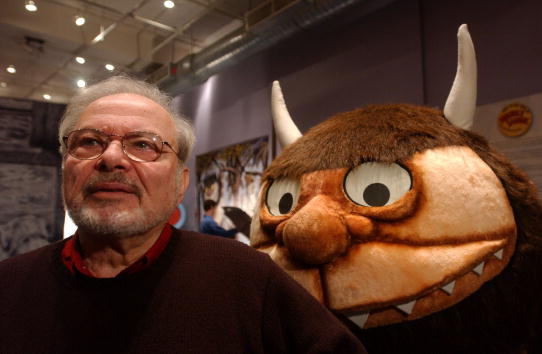 Sendak also was involved in animated television. He was an early member of the National Board of Advisors of the Children's Television Workshop at the time that the "Sesame Street" television series was being developed. He adapted a number of his books and characters for the series, including "Bumble Ardy," "Up & Down," and "Broom Adventures."

He also produced an animated television production based on his work, "Really Rosie," which featured the voice of musician and singer Carole King. He helped create the opening segment to the PBS show, "Simple Gifts," a Christmas collection of six animated shorts. In 1979, he adapted "Where the Wild Things Are" for the stage.

In 2003, the Chicago Opera Theatre produced Sendak and Kushner's adaptation of "Brundibar." In 2005, the Berkeley Repertory Theatre collaborated with the Yale Repertory Theatre to produce their own version of the work.

Throughout his career, Sendak has received many awards and accolades, including the Hans Christian Andersen Award for Illustration, the Astrid Lindgren Memorial Award, and the Laura Ingalls Wilder Medal.

Sendak was in a long-term relationship with his partner, Eugene David Glynn, who worked as a psychoanalyst. Sendak revealed this information in a 2008 article in "The New York Times," mentioning that he had never told his parents that he was gay, as he wanted them to be happy. Glynn died in 2007 after the couple had spent 50 years together. Following his death, Sendak donated $1 million to the Jewish Board of Family and Children's Services in memory of Glynn, who had provided psychological treatment services to the children there.

Sendak was an atheist and has discussed his lack of belief in God in various interviews.

On May 8, 2012, Sendak died at the age of 83 at a hospital in Connecticut from complications following a stroke. Following his death, many notable publications, public figures, and other writers paid tribute to his life. He was referred to as the most important children's book artist of the 20th century by The New York Times.

The Maurice Sendak Foundation chose the University of Connecticut to house the bulk of Sendak's work, including original artwork, working materials, rarely seen interviews, and sketches.

In 1990s, Maurice bought a 148-acre property in Cambridge, New York. Over the years Maurice held non-profit children's events at the property. His heirs listed the estate for sale in April 2022 for $1.4 million. They sold the home, which is known as Scotch Hill Farm, at around the asking price in June 2022. Here's a video tour of the property: