Matthew Berry net worth: Matthew Berry is a sports analyst and columnist who has a net worth of $2 million dollars. Matthew Berry was born in Denver, Colorado, and grew up in Texas. He went on to graduate from Syracuse University, and then relocated to Los Angeles to work in the entertainment industry.

His first professional job was as an assistant for "The George Carlin Show". From there, he went on to work as a writer for such projects as "Crocodile Dundee in Los Angeles" and "Married… with Children". He began playing fantasy sports when he was 14, and began writing for a fantasy sport website as a way to take a break from his Hollywood writing work. This led to his launching two of his own fantasy sports sites, RotoPass.com, and TalentedMrRoto.com. ESPN Radio host, Steve Mason, became a fan of the sites, and invited Matthew Berry to speak on his show. This eventually led to a weekly column for ESPN The Magazine, and an appointment as fantasy director for ESPN in 2007. 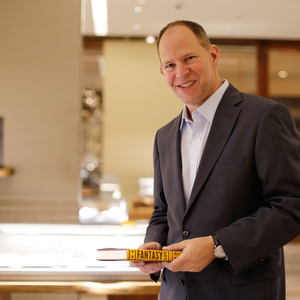