How much is Mary Higgins Clark Worth?

Mary Higgins Clark net worth: Mary Higgins Clark is a celebrated author of mystery and suspense who had a net worth of $140 million at the time of her death. Mary Higgins Clark sold over 100 million books in her lifetime in the US alone. Every year at least 4 million Mary Higgins Clark books are sold. Each of her 51 books was a best-seller in the United States and several European countries. She earned hundreds of millions of dollars in royalties and advances during her career and was frequently one of the highest-paid authors in the world. In 2011 Mary received a $64 million advance covering her next four books. That's $16 million per book.

Mary Higgins Clark's first novel, "Where are the Children", and was a huge hit. It was made into a feature film in 1986. She received a $1.5 million advance for her second book. Other books that were adapted into films include "A Stranger is watching", "The Cradle Will Fall", "Remember Me" and "Where are you Now" among others.

Mary Higgins Clark was born in the Bronx, New Jersey in 1927 to Luke and Nora Higgins. She had two brothers, Joseph and Johnny. She fell in love with writing as a child. She would write short plays, poems and started writing her journal at the age of seven. She received a scholarship from Saint Francis Xavier Elementary School to attend the Villa Maria Academy. After she graduated from high school she attended the Wood Secretarial School and in completing the course, got a Job with Remington-Rand. In 1949 she switched careers to become a flight attendant with Pan American Airlines, but in December decided to quit and become the wife of Warren Clark. The couple had five children together, Their children Marilyn and Warren Jr. are both judges, their son David is the CEO of Talk Marketing Enterprises Inc., and Carol Higgins Clark is also a successful writer of mystery novels. Their youngest daughter patty is an employee of the Mercantile Exchange in New York.

Mary Higgins Clark has also written non-fictional books, children's books, her autobiography and was at one time a script writer for more than one radio series. Her writing has won her many well deserved awards. She has also served as Chairman of the International Crime Congress, as well as President of the Mystery Writers of America. She is also part owner of the New Jersey Jets. In 2011 she was inducted into the Irish America Hall of Fame. 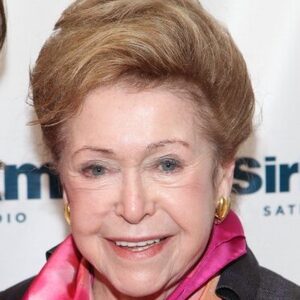