Mary Berry net worth: Mary Berry is a British food writer and television personality who has a net worth of $25 million. Mary Berry was born in Bath, Somerset, England, United Kingdom in March 1935. At 21 years old she moved to France and studied at Le Cordon Bleu. Over the years Berry has published more than 75 books related to cooking and her book Baking Bible in 2009 was a best seller.

She has hosted several TV series for the networks BBC and Thames Television. Mary Berry has also contributed to Saturday Kitchen and Woman's House and she served as a judge for the BBC One reality television series The Great British Bake Off from 2010 to 2016. She authored her autobiography Recipe for Life which was published in 2013. In 2014 she was awarded the Specsavers National Books Awards for Outstanding Achievement. She was appointed Commander of the Order of the British Empire in 2012. 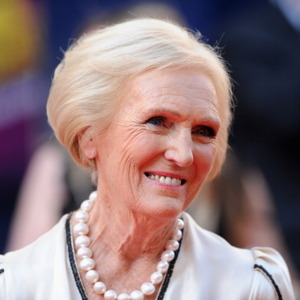