Mark Millar net worth: Mark Millar is a Scottish comic book writer who has a net worth of $25 million. Mark Millar was born in Coatbridge, Lanarkshire, Scotland, United Kingdom in December 1969. He has worked on many comic books including The Authority, Ultimate Fantastic Four, Marvel Knights Spider-Man, Civil War, Wanted, The Secret Service, Superior, Chrononauts, Kick-Ass, and more.

Millar was honored as a Member of the Most Excellent Order of the British Empire by Queen Elizabeth II in 2013 for his services to film and literature. He has also been nominated for two Eagle Awards and four Eisner Awards. Millar has worked on several other comic books including Judge Dredd, Robo-Hunter, Red Razors, Sonic the Hedgehog, Swamp Thing, The Flash, Superman Adventures, Ultimate X-Men, and more. He contributed to the film adaptations of the movies Wanted, Kick-Ass, Kick-Ass 2, Kingsman: The Secret Service, Fantastic Four, Captain America: Civil War, Logan, and Kingsman: The Golden Circle. 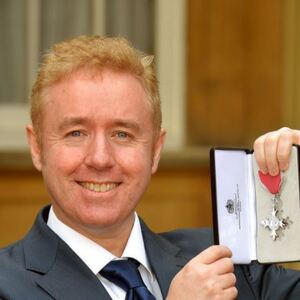