Mark Labbett Net Worth: Mark Labbett is a British TV personality who has a net worth of $2 million. Born in Tiverton, Devon, United Kingdom, in 1965, Mark Labbett earned several degrees, including his mathematics MA from Oxford University and his law qualifications from the University of Glamorgan. He became a teacher and soon discovered his passion for quizzing.

Labbett joined a pub quiz team, which competed in competitions, and won the national Jumbo Quiz. In 1999 and 2000, Labbett appeared on "Mastermind", first as an expert on the Olympics and later as an expert on "The Simpsons". He also competed on "BrainTeaser", "Millionaire Live", "Only Connect", "The National Lottery People's Quiz", "University Challenge", and "Who Wants to Be a Millionaire?". He broke into the top 100 at the World Quizzing Championships in 2012. Labbett is perhaps best known for his role on ITV's quiz show, "The Chase", where he has worked as a chaser since 2009. Labbett is known as "The Beast" on the show and plays alongside Paul Sinha, Anne Hegerty, and Shaun Wallace. In 2013, he landed the role as the only chaser on the U.S. version of the show, Game Show Network's "The Chase". Labbett is married and lives in Moorgate, Rotherham, South Yorkshire. 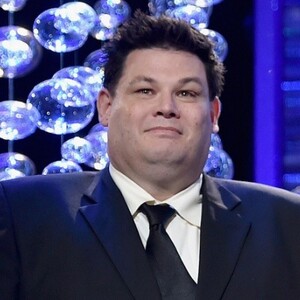