He co-hosted the political analysis TV series With All Due Respect with Heilemann and co-authored the books Game Change and Double Down: Game Change 2012 with him as well. Along with Heilemann he also co-starred in and produced the TV series The Circus: Inside the Greatest Political Show on Earth for Showtime. Halperin was accused of sexual harassment at ABC News and was suspended by NBC News in October 2017 and his contract was terminated the same month. Halperin also co-authored the book The Way to Win: Taking the White House in 2008 and was featured on the TV series Morning Joe. 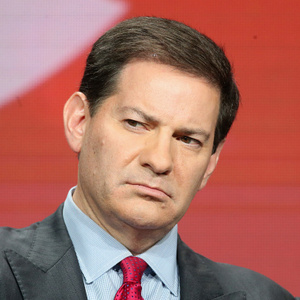