Marian Keyes net worth: Marian Keyes is an Irish author who has a net worth of $20 million. Marian Keyes was born in Limerick, Ireland in September 1963. She is best known for her women's literature which includes novels and non-fiction. Keyes' books have been translated into 32 languages and she has sold more than 22 million copies worldwide. She has also won an Irish Books Award. Her best-selling books include Lucy Sullivan is Getting Married, Watermelon, and This Charming Man. Keyes has also authored the novels Rachel's Holiday, Last Chance Saloon, Sushi for Beginners, No Dress Rehearsal, Angels, The Other Side of the Story, Nothing Bad ever Happens in Tiffany's, Anybody Out There?, The Brightest Star in the Sky, Mammy Walsh's A-Z of the Walsh Family, The Mystery of Mercy Close, and The Woman Who Stole My Life. Her non-fiction works include Under the Duvet, Further under the Duvet, Cracks In My Foundation in Damage Control – Women on the Therapists, Beauticians, and Trainers Who Navigate Their Bodies, and Saved by Cake. 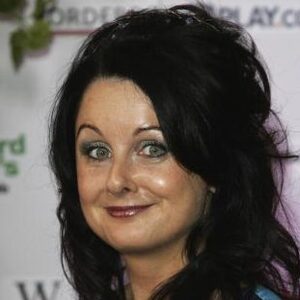