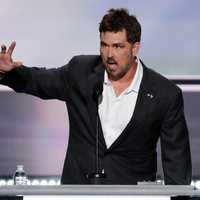 Marcus Luttrell net worth: Marcus Lutrell is an American former United States Navy SEAL who has a net worth of $1.5 million dollars. Marcus Luttrell was born in Houston, Texas, and began training to become a SEAL when he was twelve years old. He trained alongside his twin brother along with a few other young men. He went on to graduate from Sam Houston State University, and then enlisted in the Navy in the late 90s. He joined Basic Underwater Demolition/SEAL (BUD/S) Class 226, but was not able to graduate until 2000 with Class 228, as he broke his leg during the O-course. He then went on to complete Army jump school, SEAL Qualification training, and the Special Operations Combat Medic Course. He was part of SDV-1, and was deployed to Afghanistan as part of SEAL Team Ten and Iraq as part of SEAL Team Five. He was the only survivor of Operation Red Wing, which was ambushed in Afghanistan. Local Pashtun villagers helped him to safety. He co-authored the bestselling book, "Lone Survivor: The Eyewitness Account of Operation Redwing and the Lost Heroes of SEAL Team 10" about his experience. The book was turned into a film starring Mark Wahlberg. He is also the author of a second book and established the Lone Survivor Foundation.