Malcolm Gladwell Net Worth: Malcolm Gladwell is an English/Canadian journalist, author, and speaker who has a net worth of $30 million. After beginning his career in the mid-90s as a staff writer for "The New Yorker," Gladwell eventually published six successful books. These include "Blink: The Power of Thinking Without Thinking" and "The Tipping Point: How Little Things Can Make a Big Difference." Many of these books were bestsellers and were featured on the "New York Times" Best Seller List.

In most cases, Malcolm writes about subjects related to social sciences, including sociology, psychology, and economics. Many of his books explore the implications and results of various avenues of research and studies. Outside of writing, Gladwell is the host of a number of podcasts, and he co-founded a podcast company called Pushkin Industries.

Early Life: Malcolm Timothy Gladwell was born on September 3rd of 1963 in Fareham, Hampshire, England. Raised by a Jamaican psychotherapist and an English mathematics professor, Malcolm emigrated to rural Canada with his parents at a young age and lived as part of a Mennonite community. At the age of six, they settled in Elmira, Ontario. Gladwell displayed incredible ambition from a very young age, and he explored the University of Waterloo with his father (who was teaching there) at the age of 11.

Soon enough, Malcolm became an avid reader. During his school years, he became a national class runner and high school champion. In fact, he was one of Canada's fastest teens with a split time of under 4 minutes for the 1500-meter sprint. After graduating from high school, Gladwell attended the University of Toronto, Trinity College. Eventually, he graduated in 1984 with a Bachelor's degree in History.

Journalism Career: Although Malcolm left college with a Bachelor's degree, his grades were poor. He knew that graduate school was an impossibility, so he turned to advertising as a potential career choice. After being rejected by every advertising agency he applied to, he was forced to abandon this hope as well. Eventually, he was hired as a journalist for "The American Spectator" and relocated to Indiana.

Throughout the next few years, Gladwell wrote for "The Washington Post" and covered topics including business and science. In 1996, he started writing for "The New Yorker," and this is when he really started to gain prominence. One of his most popular articles was "The Tipping Point," which would later form the basis for his first book. Throughout his time with "The New Yorker," Malcolm wrote about a range of different topics – from fashion to corporate management. He also served as a contributing editor for "Grantland," a sports journalism website set up by Bill Simmons of EPSN.

Books: Malcolm Gladwell has published a total of six books, as of 2019. In 2000, he published "The Tipping Point." The book focused on the sudden drop in New York City's crime rate, and Gladwell approached the subject in the context of epidemiology. In this book, he examined the so-called "tipping point" during an epidemic, after which the virus begins to spread much more rapidly. He applied this concept to crime and also popularized the so-called "broken windows theory" of policing. In the next few years, Gladwell came under fire because the "broken windows theory" bore strong similarities to the "stop-and-frisk" policy favored by the NYPD.

Gladwell's next book was "Blink," and this was published in 2005. The book explores the human unconscious, and how we use this part of our mind to make decisions very quickly. This book explored many different topics, including racial stereotyping and similar subjects. By this point, Malcolm's books had become international bestsellers, with both books selling a combined sum of 4.5 million copies.

In 2008, Malcolm published "Outliers." In this book, he explored the various factors that led to certain people becoming extremely successful. A key example was Bill Gates, and Gladwell wanted to find out why he had amassed such a staggering net worth. He eventually suggested that these "outliers" tend to come from similar environments and backgrounds.

Gladwell's fourth book was "What the Dog Saw: And Other Adventures." This was simply a collection of articles written by Malcolm that were originally published in "The New Yorker." Next, Gladwell published "David and Goliath, which explores the classic battle between underdogs and "favorites." In 2019, Malcolm published "Talking to Strangers." This book talks about various interactions with strangers, and it focuses on high-profile individuals who were able to deceive others through trials and other public affairs. The book serves to challenge us about our preconceptions when coming into contact with strangers.

Podcasts: Gladwell started hosting a podcast called "Revisionist History" in 2016, and it's still going strong as of 2020. The podcast serves to question the "official story" of many historical events and figures. In 2018, Gladwell co-founded his own podcast company called Pushkin Industries. From 2018 to 2020, Malcolm co-hosted a music podcast with Bruce Headlam and Rick Rubin. They interviewed various musicians over the course of 49 episodes.

Speaking Engagements: In 2008, it was reported that Gladwell was earning a significant income through speaking engagements alone. One report stated that Malcolm charged upwards of $40,000 for each of his scheduled talks.

Real Estate: In 2008, it was reported that Malcolm had purchased a co-op in a West Village townhouse. Gladwell paid $1.5 million for the Manhattan residence. Gladwell also owns a second home not far away. 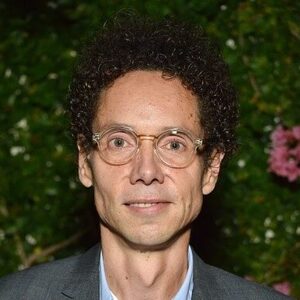