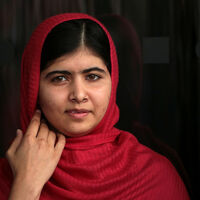 What is Malala Yousafzai's net worth?

Malala Yousafzai is an activist from Pakistan who has been internationally recognized for her human rights advocacy, particularly pertaining to the education of women and children in her country. Malala has a net worth of $2 million. In 2012, she and two other girls were shot in an assassination attempt by a Taliban gunman, causing a global outpouring of support. Yousafzai is the youngest Nobel Prize laureate, and is the cofounder of the non-profit Malala Fund.

Malala Yousafzai was born in 1997 in Mingora, Khyber Pakhtunkhwa, Pakistan, the daughter of Ziauddin and Tor. Her family is Sunni Muslim, and she has two younger brothers: Khushal and Atal. Yousafzai was mostly educated by her father, a poet and school owner in addition to an educational activist. As early as 2008, Yousafzai began speaking about education rights at local press clubs. In 2009, she became a trainee and then a peer educator in the Institute for War and Peace Reporting's Open Minds Pakistan youth program. Subsequently, she began writing a blog for BBC Urdu that detailed her life during the Pakistani Taliban's occupation of her region. Published under the pseudonym "Gul Makai," her blog posts focused on the First Battle of Swat, the Taliban's increasing violence toward and oppression of women, and her school shutdown. In February of 2009, after the Taliban issued an edict that no girls could attend school, Yousafzai spoke out against the terrorist group on the national current affairs show "Capital Talk." The Taliban subsequently lifted the ban temporarily.

Following the school ban incident, journalist Adam B. Ellick made a New York Times documentary about Yousafzai as the Pakistani military intervened in the region. Yousafzai's visibility grew tremendously as a result; in addition to giving many interviews on television and in print, she was nominated for the International Children's Peace Prize by Archbishop Desmond Tutu, and became the chair of the Khpal Kor Foundation's District Child Assembly. Her public profile grew even further when she was honored with Pakistan's first National Youth Peace Prize.

Due to her outspoken activism and global recognition, Yousafzai increasingly became the target of death threats by militant groups. In October of 2012, while taking a bus home after an exam, she and two other girls were shot by a Pakistani Taliban gunman in an assassination attempt. Yousafzai was hit in the head with a bullet, leaving her unconscious and in critical condition. Her condition improved in the hospital, and she was transferred to the UK. The murder attempt elicited a global outpouring of support for Yousafzai and her cause, as well as widespread international condemnation of the Tehrik-i-Taliban Pakistan.

After her recovery, Yousafzai attended the all-girls Edgbaston High School in Birmingham, England. In 2017, she enrolled at the University of Oxford, where she studied Philosophy, Politics and Economics. Yousafzai graduated from Oxford in 2020.

Yousafzai has been prolific in her activism. In 2013, she spoke at the United Nations, Harvard University, and Oxford. At the UN, her speech was attended by more than 500 young advocates from across the globe. Also in 2013, Yousafzai cofounded the Malala Fund with her father. An international nonprofit, the Fund advocates for girls' education, and aims to ensure that every girl has 12 years of free, safe, and quality schooling. Later, on her 18th birthday in 2015, Yousafzai used the Fund to open a school in Lebanon's Bekaa Valley for Syrian refugees.

On television, Yousafzai has discussed her fight for human rights and women's education on such major American shows as "The Daily Show with Jon Stewart" and David Letterman's "My Next Guest Needs No Introduction." 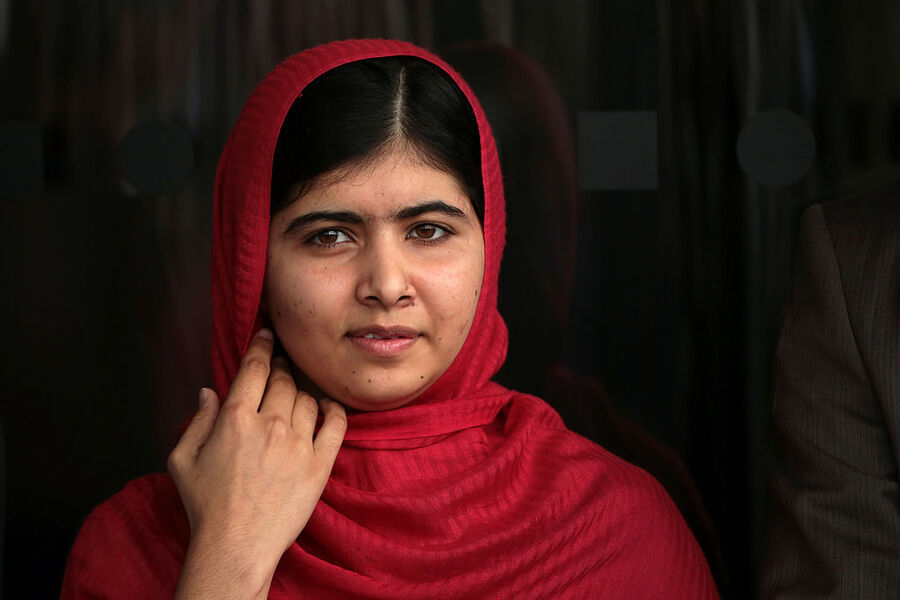 Nobel Peace Prize and Other Honors

In 2014, Yousafzai was announced as a recipient of the Nobel Peace Prize for her fight against the suppression of young people. At just 17 years of age, she became the youngest Nobel laureate in history. She shared the prize with Indian children's rights activist Kailash Satyarthi.

In addition to her Nobel Prize, Yousafzai has been the recipient of a plethora of awards and honors. Among them are the Simone de Beauvoir Prize; Amnesty International's Ambassador of Conscience Award; the Clinton Global Citizen Award; the Sakharov Prize for Freedom of Thought, which is awarded by the European Parliament; the Philadelphia Liberty Medal; the Ellis Island International Medal of Honor; and the Gleitsman Award from Harvard Kennedy School. Additionally, Yousafzai was granted honorary Canadian citizenship in 2017, and became the youngest person ever to address the House of Commons of Canada.

Yousafzai has written and been featured in many acclaimed books and films. In 2013, she released her memoir "I Am Malala: The Story of the Girl Who Stood Up For Education and Was Shot by the Taliban," cowritten with British journalist Christina Lamb. The book was an international bestseller, and was later published in a children's edition. Malala received a $3 million advance for this book.

In 2015, Yousafzai was the subject of the documentary "He Named Me Malala," which was shortlisted for the Best Documentary Feature category at the Oscars. Later, Yousafzai penned a picture book entitled "Malala's Magic Pencil," and wrote another autobiographical work called "We Are Displaced: True Stories of Refugee Lives," published in 2019. The following year, Yousafzai was the subject of the Indian, Hindi-language biographical film "Gul Makai," with actress Reem Sameer Shaikh portraying her life.

In early 2021, it was announced that Yousafzai would begin a multiyear partnership with Apple. With the company's streaming service, Apple TV+, she is in charge of programming that spans comedies, animation, documentaries, and dramas.