What is Magnus Carlsen's Net Worth and Salary?

Magnus Carlsen is a Norwegian chess player who has a net worth of $50 million. Magnus Carlsen is a Norwegian chess grandmaster and reigning five-time World Chess Champion, who also holds the record for the longest unbeaten streak at the top level of classical chess. Additionally, he has a peak rating of 2882, which stands as the highest in history. Carlsen's playing style is characterized by positional mastery and incredible endgame skill.

Magnus earns an estimated $2 million per year from sponsorships alone. A significant portion of his net worth is attributable to the app "Play Magnus" which merged with chess24.com in March 2019 to form one of the largest online chess companies in the world and is currently valued at over $100 million.

Magnus Carlsen was born on November 30, 1990 in Tønsberg, Norway to chemical engineer Sigrun and IT consultant Henrik. He spent parts of his childhood in Espoo, Finland and Brussels, Belgium before returning to Norway in the late 90s. At a young age, Carlsen showed a natural predilection for intellectual challenges; at only two years old, he was able to solve a 50-piece jigsaw puzzle, and at four, he was assembling Lego sets for those three times his age. Thanks to his father, Carlsen learned how to play chess at the age of five. When he was eight, he took part in his first tournament at the Norwegian Chess Championship.

Carlsen went to the Norwegian College of Elite Sport, where he was coached by the nation's top player, Grandmaster Simen Agdestein. From 2000 through 2002, Carlsen had played in nearly 300 rated tournament games, in addition to several blitz tournaments and minor events. Toward the end of the latter year, he came in sixth place in the European Under-12 Championship, and then tied for first place in the World Under-12 Championship.

At the age of 13, Carlsen made headlines after winning his group at the 2004 Corus chess tournament in Wijk aan Zee, Netherlands. As a result of his win, he earned his first GM norm. Carlsen earned his second GM norm shortly after at the Moscow Aeroflot Open, and then his third and final one at the Dubai Open. Later in the year, he tied for first place with Berge Østenstad in the Norwegian Chess Championship; however, Østenstad became the champion due to superior tiebreaks. A similar situation occurred in 2005 with Simen Agdestein. Carlsen finally won his first Norwegian championship title the next year. In 2009, after winning the London Chess Classic, he was launched to No. 1 on the FIDE rating list.

Carlsen began his historic World Chess Championship run in 2013, when he defeated Viswanathan Anand to become the new World Champion. The next year, he won the FIDE World Rapid Championship and the World Blitz Championship, before successfully defending his World Champion title by once again defeating Anand. In 2015, Carlsen won the Tata Steel Chess Tournament, the Grenke Chess Classic, and Shamkir Chess, and defended his title at the FIDE World Rapid Championships, becoming the first-ever player to do so. However, he lost his World Blitz Champion title to Alexander Grischuk.

Carlsen again won the Tata Steel Chess Tournament in 2016, and also had his first Norway Chess victory. Another win came at the Bilbao Masters Final. Later, at the World Chess Championship in New York City, Carlsen defeated Sergey Karjakin on tiebreaks to retain his World Champion title. He successfully defended his title for the fourth time in 2018, when he defeated Fabiano Caruana in rapid tiebreak games. In 2019, Carlsen won the Tata Steel Chess Tournament for a record seventh time; he went on to win the Grenke Chess Classic, the Côte d'Ivoire Rapid & Blitz, the Lindores Abbey Chess Stars Tournament, and Norway Chess. More historic success came in 2021, when Carlsen defeated Ian Nepomniachtchi to win his fifth World Chess Championship and retain his title. Notably, the game was the longest in the tournament's history, with the first five matches all ending in draws. Moreover, it delivered the first decisive result in a World Chess Championship game in over five years. 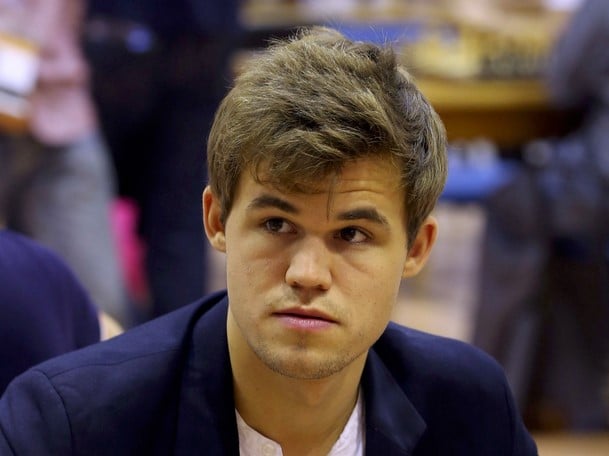 In his youth, Carlsen was known for his aggressive playing style. As he grew, however, he began to temper this risky style, and adopted a more universal approach. His masterful positional style has been compared to that of former world champions such as Vasily Smyslov and Anatoly Karpov. Additionally, much of Carlsen's success has been chalked up to his composure, excellent physical shape, and superior endgame proficiency.

Due to his fame as a chess star, Carlsen has had many business partnerships with popular brands. Among his notable endorsements, he modeled for the Dutch designer clothing company G-Star RAW in 2010 and 2014. Carlsen has also served as an ambassador for Nordic Semiconductor and gambling company Unibet.

As an entrepreneur, Carlsen co-founded the company Play Magnus AS with Anders Brandt and Espen Adgestein. The company's first product was an iOS app called Play Magnus, which lets users play against a chess engine designed using a database of Carlsen's past recorded games. Other apps, such as Magnus Trainer and Magnus Kingdom of Chess, were later released. In 2019, Carlsen founded Offerspill Chess Club in Norway; he also serves as its chairman.

In March 2019 Play Magnus and rival chess24.com merged to form one of the largest online chess portals in the world with a private valuation of over $100 million. 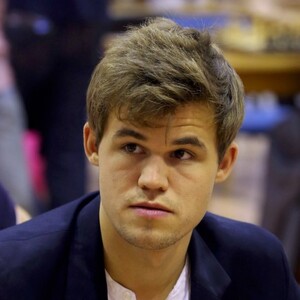