Leigh Anne Tuohy Net Worth: Leigh Anne Tuohy is an American businesswoman and interior designer who has a net worth of $50 million. Leigh Anne and her husband Sean Tuohy were the subjects of the 2006 best-selling book "The Blind Side: Evolution of a Game". The book was eventually adapted into the 2009 movie "The Blind Side". In the film, Leigh Anne is played by Sandra Bullock and Sean is portrayed by Tim McGraw.

Leigh Anne and Sean own more than 85 franchise fast food locations in the southern United States. Their restaurants include Taco Bell, Kentucky Fried Chicken, Pizza Hut, and Long John Silver's. She is also a successful interior decorator. She was a design team member for the interior decorating reality TV series "Extreme Makeover: Home Edition" on ABC.

Leigh Anne will probably always be best known for adopting a teenage future football star named Michael Oher. Before meeting Tuohy, Oher was homeless and had fallen through the cracks of society. He would go on to enjoy a highly successful NFL career.

In 2004, the Tuohys took in Michael Oher, a high school football player who had been in foster care since the age of 7, and they later adopted him. Michael went on play for the NFL. As we previously noted, this experience was adapted into a book and then a film.

Real Estate: In 2018, Sean and Leigh Anne Tuohy paid $800,000 for a 5,100 square foot home in East Memphis, Tennessee. When the couple bought the four-bedroom, 3.5-bathroom home, they already owned four other houses in the area. 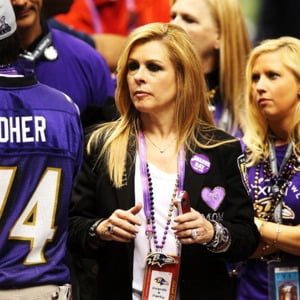