Lawrence Krauss net worth: Lawrence Krauss is an American theoretical physicist and cosmologist who has a net worth of $2 million. Lawrence Krauss was born in New York, New York in May 1954. He is the director of the Origins Project at Arizona State University where he is Foundation professor of the School of Earth and Space Exploration. Krauss is an advocate for the public understanding of science. He has authored several books including The Physics of Star Trek in 1994 and A Universe from Nothing in 2012. Krauss is the chair of the Bulletin of the Atomic Scientists Board of Sponsors. He graduated from the Massachusetts Institute of technology with a PhD and from Carleton University with a BSc. Krauss has also worked with the institutions Australian National University, New College of the Humanities, Yale University, Harvard University, and Case Western Reserve University. He has won an Andrew Gemant Award, a Lilenfeld Prize, a Science Writing Award, an Oersted Medal, and a Richard Dawkins Award. 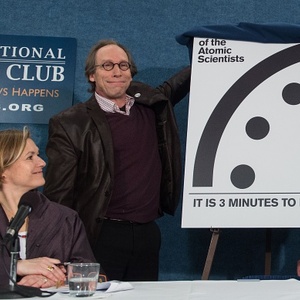