Lauren Scruggs net worth: Lauren Scruggs is an American fashion journalist and blogger who has a net worth of $1 million. Lauren Scruggs was born in July 1988. In December 2011 Scruggs walked into an airplane's spinning propeller which caused her to lose her left eye and severed her left hand. She did so while exiting a plane in the dark after flying to view Christmas lights in the Dallas-Fort Worth Area.

After this incident Scruggs gained international media attention. In August 2009 she made her first public appearance after the accident on the Today show on NBC. In May 2014 she became engaged to boyfriend Jason Kennedy from E! Networks. The couple got married in December 2014. The couple is scheduled to star in the E! special The Kennedy Wedding: Jason and Lauren. Scruggs works as an editor in chief for LOLO Magazine. 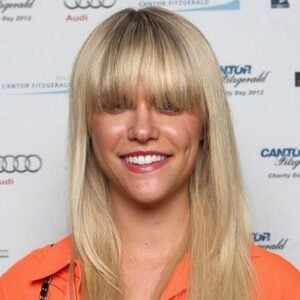