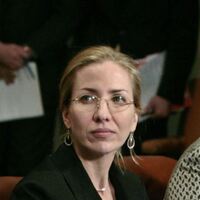 Laura Hillenbrand Net Worth: Laura Hillenbrand is an American author who has a net worth of $10 million. Laura Hillenbrand was born in Fairfax, Virginia in May 1967. Laura attended Kenyon College but was forced to leave due to Chronic Fatigue Syndrome. She rarely leaves her home in Washington, D.C. due to her medical condition. One of her favorite books was Come On Seabiscuit which inspired her first book Seabiscuit: An American Legend in 2001. Her first book won her the William Hill Sports Book of the Year award. The book was adapted into the Academy Award nominated movie Seabiscuit in 2003. Her biography of World War II hero Louis Zamperini Unbroken: A World War II Story of Survival, Resilience, and Redemption was published in 2010. The book was adapted into the movie Unbroken which will be released in December 2014. Laura's essays have appeared in The New Yorker, American Heritage, and many more publications. She won the Eclipse Award for Magazine Writing for her 19980 American Heritage article on Seabiscuit. She is the co-founder of Operation International Children.