Larry Elder net worth and salary: Larry Elder is an American lawyer, writer, and radio and television personality who has a net worth of $16 million. Larry Elder was born in Los Angeles, California in April 1952. He calls himself the "Sage of South Central" and earned his B.A from Brown University and his J.D.

from University of Michigan Law School. In 1980 he formed the Laurence A. Elder and Associates law firm. He hosted The Larry Elder Show on talk radio 790 KABC in Los Angeles which was previously heard on ABC Radio networks. In 2014 Elder began presenting a live show on the internet as a podcast and in 2015 he returned to radio and is now syndicated nationwide. Elder has authored the books Stupid Black Men: How to Play the Race Card-And Lose, The Ten Things You Can't Say in America, Showdown: Confronting Bias, Lies, and the Special Interests that Divide America, What's Race Got to Do with It?: Why It's Time to Stop the Stupidest Argument in America, and Dear Father, Dear Son: Two Lives…Eight Hours. Elder wrote, directed, and produced the 2004 video documentary Michael & Me. In 2015 he received a Star on the Hollywood Walk of Fame at 6270 Hollywood Blvd. In April 2016, Salem Communications began syndicating The Larry Elder show nationwide to more than 300 stations. In September 2018, Larry listed his two-acre property in the Hollywood Hills for $5.2 million. 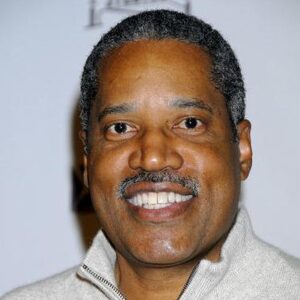