What Is Lara Logan's Net Worth?

Lara Logan is a South African journalist, war correspondent, and producer who has a net worth of $7 million. From 2002 to 2018, Logan served as a correspondent for CBS News, then she joined the conservative media company the Sinclair Broadcast Group in 2019. Lara was hired by the streaming service Fox Nation in early 2020.

Logan was a correspondent for "60 Minutes" from 2005 to 2018, and she began hosting and producing Fox Nation's "Lara Logan Has No Agenda" in 2020. In 2011, while covering the Egyptian Revolution, a mob of 200 to 300 men tore off Lara's clothing and sexually assaulted her in the street during her coverage of celebrations in Tahrir Square. She spent four days in the hospital recovering, and she later spoke about what happened to her on "60 Minutes" to  break the "code of silence" on what female journalists "have experienced but never talk about."

Lara Logan was born on March 21, 1971, in Durban, South Africa. She attended Durban Girls' College, and after graduation, she earned a commerce degree from the University of Natal in 1992. Lara later enrolled at Alliance Française in Paris, graduating with a diploma in French language, culture, and history.


In Durban, Logan worked as a reporter for the "Sunday Tribune" from 1988 to 1989 and the "Daily News" from 1990 to 1992.  She began working for Reuters Television in Africa as a senior producer in 1992, and four years later, she started freelancing and took on assignments as a reporter and a producer/editor for ABC News (London), NBC, CBS News, Fox/SKY, ITN, and the European Broadcast Union. Lara also covered the Kosovo war and the 1998 bombings of U.S. embassies in Tanzania and Nairobi for CNN. The U.K.'s GMTV Breakfast Television hired Logan as a correspondent in 2000, and around this time, she worked as a freelance correspondent for CBS News Radio.

A few days after the 9/11 terrorist attacks, she requested a visa to travel to Afghanistan, and in November 2001, she infiltrated the Northern Alliance and interviewed General Babajan, who was their commander at the time. CBS hired Lara as a full-fledged correspondent in 2002, and over the next four years, she reported from the battlefield. She also contributed to "60 Minutes II," "The Early Show," "CBS Evening News," and "Face the Nation." In early 2006, CBS promoted Logan to Chief Foreign Affairs Correspondent, and she remained with the network until August 2018. In 2019, she temporarily joined the Sinclair Broadcast Group to report on the U.S.-Mexico border. 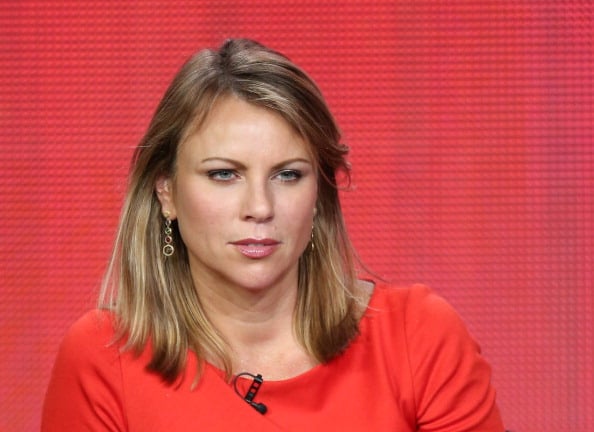 In November 2013, CBS News forced Lara to take a leave of absence after she gave an inaccurate report about the Benghazi attack on "60 Minutes." She blamed the inaccuracies on Dylan Davies, who was a manager of a U.S. Embassy guard force in Benghazi. CBS News Executive Director of Standards and Practices Al Ortiz stated, "Logan made a speech in which she took a strong public position arguing that the U.S. Government was misrepresenting the threat from Al Qaeda, and urging actions that the U.S. should take in response to the Benghazi attack. From a CBS News Standards perspective, there is a conflict in taking a public position on the government's handling of Benghazi and Al Qaeda, while continuing to report on the story."

Lara left CBS News in 2018 after the network declined to renew her contract, and she later said that the media had a liberal bias and that journalists were acting as "propagandists" and "political activists" against then-President Donald Trump. She soon began working for the right-wing media group Sinclair Broadcast Group and ​tweeting about right-wing conspiracy theories. After receiving criticism for sharing hoaxes involving antifa on Twitter, Logan claimed that the media watchdog group Media Matters for America was out to "destroy" her. In late 2021, she promoted conspiracy theories about COVID-19 and AIDS, and she compared Dr. Anthony Fauci to Nazi physician Josef Mengele on "Fox News Primetime," ​earning outrage from prominent Jewish groups. United Talent Agency dropped her as a client because they reportedly found the remarks "highly offensive."

From 1998 to 2008, Lara was married to Jason Siemon, an American professional basketball player who was playing in the U.K. After they divorced, Logan wed U.S. government defense contractor Joseph Burkett on October 30, 2008. The couple welcomed son Joseph on December 29, 2008, and daughter Lola on March 4, 2010. Lara is also stepmother to Ashley, Joseph's daughter from his first marriage.

Logan has been nominated for 12 News & Documentary Emmy Awards, winning Outstanding Continuing Coverage of a News Story in a Regularly Scheduled Newscast for "CBS Evening News with Bob Schieffer" (for "Ramadi: On the Front Line") in 2007, Outstanding Interview for "60 Minutes" (for "Medal of Honor") in 2011, and Outstanding Coverage of a Breaking News Story in a News Magazine for "60 Minutes" (for "Battle for Mosul") in 2017. Lara won an American Women in Radio and Television Gracie Award for Outstanding Reporter/Correspondent in 2004, and she received The David Kaplan Award from the Overseas Press Club for the "CBS Evening News" coverage of "Ramadi Embed" in 2006. In 2007, the Radio and Television Correspondents' Association honored her with the David Bloom Award, and in 2011, she received the John Aubuchon Press Freedom Award (from the National Press Club) and the Daniel Pearl Award. 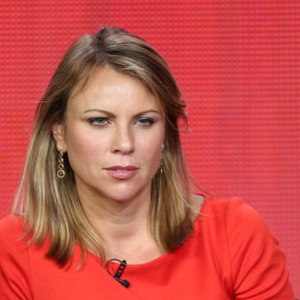