Kristen Welker net worth: Kristen Welker is an American television journalist who has a net worth of $3 million. She is best known for being the co-anchor of the TV series Weekend Today.

Kristen Welker was born in Philadelphia, Pennsylvania in July 1976. She graduated from Harvard University. Welker is a White House correspondent based in Washington, D.C. She worked for ABC affiliate WLNE-TV in Providence, Rhode Island from 2003 to 2005. Kristen Welker also worked at KRCR-TV in Redding, California before joining NBC in 2005 at WCAU in Philadelphia. She joined NBC News in 2010 as a correspondent in Burbank, California and became White House correspondent in 2011. Welker co-anchors the Saturday edition of the television series Today called Weekend Today with Peter Alexander. She moderated the second presidential election debate in October 2020. Kristen Welker received an award for Outstanding Journalist in Broadcast Television in 2020 at the Washington Women in Journalism Awards. 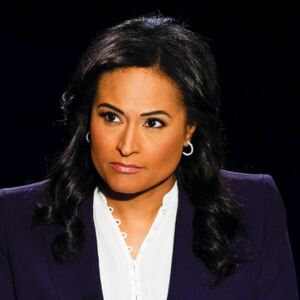