Ken Follett net worth: Ken Follet is a Welsh author who has a net worth of $55 million. Ken Follett is known for his thrillers and suspense novels including "The Eye of the Needle", "Whiteout", "The Key to Rebecca", and "World Without End". To date, he has sold nearly 100 million copies of his books worldwide.Kenneth Martin Follett was born in Cardiff, Wales, United Kingdom in June 1949. He developed an early interest in reading after not being allowed to watch TV or movies. Follett graduated from University College London. He took a post-graduate course in journalism and worked as a trainee reporter. He then became a general assignment reporter for the Evening News. He later became deputy managing director of Everest Books. As a hobby Follett wrote fiction. The publication of his book Eye of the Needle in 1989 gained him notoriety and wealth. He has written 29 books. Ken started out with spy thrillers and his first five were best-sellers. He has authored the Apples Carstairs series, Piers Roper series, Kingsbridge series, The Century Trilogy, and many standalone novels. Follett has sold over 130 million copies of his works and has had multiple books reach #1 on the New York Times best-seller list including The Key to Rebecca, Fall of Giants, Lie Down with Lions, Winter of the World, Triple, and World Without End. His genres include thrillers and historical fiction. He has been made an Honorary Doctor of Literature by three universities. He married Barbara Broer in 1984. His most recent works were part of The Century Trilogy and included Fall of Giants in 2010, Winter of the World in 2012, and Edge of Eternity in 2014. 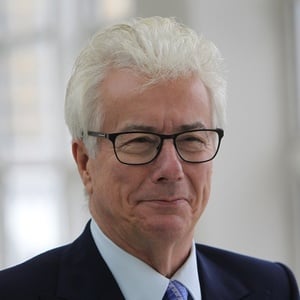