Katrina Hodgson net worth: Katrina Hodgson is an American personal trainer and model who has a net worth of $600 thousand. Katrina Hodgson was born in the Northeast, and graduated from college with a degree in Health Sciences. She began working as a trainer right after college, appearing as a fitness expert on the Diethealth Channel on YouTube.

She became immensely popular on the online channel, and 14 million people have viewed her videos. She was featured in multiple fitness publications on the East Coast, before relocating to the West Coast in 2009. She has since filmed over 200 fitness videos, and has been featured in Glamour Magazine, Muscle Magazine, and Fitness Magazine. She is recognized as a certified personal trainer through the National Academy of Sports Medicine and the Aerobics and Fitness Association of America. Her focus is sports nutrition and training. She is also the co-creator/host of the "ToneItUp" series. 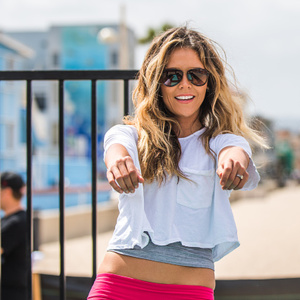