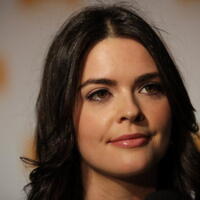 Katie Lee Joel net worth: Katie Lee Joel is an American cookbook author, television food critic, novelist, and cook who has a net worth of $10 million. Katie Lee Joel was raised in Milton, West Virginia. She graduated from Miami University where she studied food science and journalism. Katie Lee met Billy Joel while she was visiting New York City. The two dated for a year and married in 2004. In 2009 the couple separated after rumors that Lee was having an affair with fashion designer Yigal Azrouel. She helped open Jeff and Eddy's Restaurant in 2003. In 2005 Joel created the website OliveAndPeach.com. She was the host of the Bravo television series Top Chef in 2006. Her first two cookbooks The Comfort Table and The Comfort Table: Recipes for Everyday Occasions were published in 2009 and her first novel Groundswell was published in 2011. Since 2014 she has co-hosted the Food Network talk show The Kitchen. Joel has also appeared on the TV series Rachael Ray, The Wendy Williams Show, Beat Bobby Flay, The Early Show, and more.