Kathy Wakile net worth: Kathy Wakile is an American reality television star who has a net worth of $5 million. Kathy Wakile is most famous for being a cast member on the Bravo reality television show The Real Housewives of New Jersey. She is and mother of two and is married to businessman Rich Wakile. Both Rich, Kathy and their children are featured prominently on The Real Housewives of New Jersey. This reality based TV show is the fourth installation of the original Real Housewives series. This show follows the lives of five women, in Northern New Jersey, who live in several upscale communities. The New Jersey addition is no different from the others, with plenty of drama, name-calling and backstabbing. Ultimately this is what the viewers turn into each week to see.

Kathy's Cousin Teresa Giudice, is also a cast member and the owner of a fashion and accessory line called TG Fabulicious Guidette. Kathy has been married to Rich Wakile for over twenty years and together they share two children, a son named Joseph, and a daughter named Victoria. Her husband works in the real estate business and in retail gasoline. Kathy enjoys being a stay at home mom and housewife. Quality time is very important to both of them, so they try to spend as much time with their kids as possible. Kathy keeps a tight leash on her family and watches over her kid's education and social life. This family loves to enjoy life and enjoy it together. Kathy loves to plan parties, not only for the adults but for her kids as well. 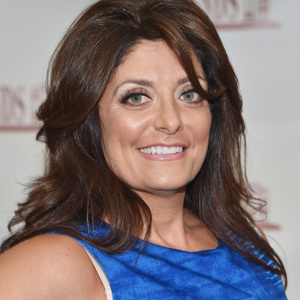