She is also the grandniece of President John F. Kennedy. Katherine Schwarzenegger has authored the books Rock What You've Got: Secrets to Loving Your Inner and Outer Beauty from Someone Who's Been There and Back in 2010, I Just Graduated… Not What?: Honest Answers from Those Who Have Been There in 2014, and Maverick and Me in 2017. She has three siblings including Patrick Schwarzenegger and a half-brother. She is also an ASPCA Ambassador and supports the Best Friends Animal Society. Katherine Schwarzenegger has been romantically linked to Chris Pratt since 2018. They were reportedly set up by Katherine's mom Maria sometime in mid-2018. In January 2019, Chris and Katherine announced via Instagram that they were engaged. They married in Santa Barbara in June 2019 at the San Ysidro Ranch in Montecito, California, a luxury hotel owned by billionaire Beanie Babies founder Ty Warner. They honeymooned on the Hawaiian Island of Lanai, staying at the Four Seasons, a luxury hotel owned by Oracle CEO Larry Ellison. 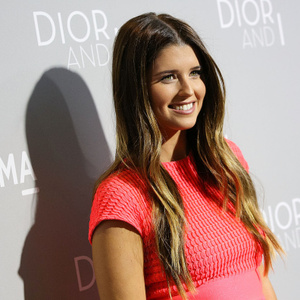