Karrine Steffans Net Worth: Karrine Steffans is an American author who has a net worth of $4 million. Karrine Steffans was born August 24, 1978 in St. Thomas, U.S. Virgin Islands. She is best known for the Vixen series of books, published by Harper Collins Publishers, Hachette Book Group, USA, Steffans Publishing Enterprises, and BenBella Books, respectively.

Steffans has been featured on shows hosted by the likes of Paula Zahn, Donny Deutsch, Tyra Banks, Bill O'Reilly, Geraldo Rivera, Kathy Lee Gifford and Hoda Kotb and the queen of daytime, Oprah Winfrey. Quite accidentally, Steffans also contributed satirical editorial to HBO's Real Time with Bill Maher. In October 2013, she partnered with BenBella Books. Together, Steffans Publishing Enterprises and BenBella published Décor and the Single Girl in May 2014 and are slated to publish Vindicated: Confessions of a Video Vixen, Ten Years Later in June 2015. She has also worked as an actress and hip-hop model, credited with appearing in more than 20 videos, many of which are by multi-platinum rap artists. Steffans continues to lecture at Universities, nationwide and volunteers her time serving causes supported by The United Nations, the International Labour Organization and others with special interest in Women's Rights, Modern Day Slavery and Trafficking. In February 2013, How To Make Love To A Martian was published exclusively in Kindle format; Steffans describes the book as relating the story of her "unorthodox relationship" with rapper Lil' Wayne. 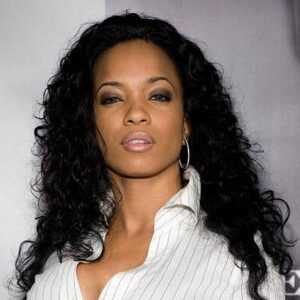