Karen Kilgariff net worth: Karen Kilgariff is an American actress and writer who has a net worth of $20 million. She first became well-known for her work on the television series Mr. Show as well as the TV sitcom The Book Group. She earned her fortune as the co-host of the podcast My Favorite Murder and the co-founder of the Exactly Right podcast network. Her co-host and co-founder in both projects is Georgia Hardstark. My Favorite Murder is one of the highest-earning podcasts in the world, with annual revenue north of $15 million. That was enough to make it the second highest-earning podcast in the world in 2020, behind only The Joe Rogan Experience. In 2019 Georgia and co-host Karen Kilgariff signed a two-year $10 million deal that made their podcast exclusive to Stitcher.

Karen Kilgariff was born in Petaluma, California in May 1970. As an actress Kilgariff first appeared in episodes of the television series The Drew Carey Show in 1995. From 1997 to 1998 she played various roles in the series Mr. Show with Bob and David. She played the role of Jean Pettengill in the TV series The Book Group In 2003. She starred in the movie The Anniversary Party in 2001 and did voice work for the movie Punch-Drunk Love in 2002. She first wrote for the TV series Hype in 2001. Kilgariff was head writer for Ellen: The Ellen DeGeneres Show from 2006 to 2007. She also wrote for the TV series Love You, Mean It with Whitney Cummings in 2012 and was head writer for The Pete Holmes Show in 2014. Kilgariff won six Daytime Emmy Awards for Ellen: The Ellen DeGeneres Show. 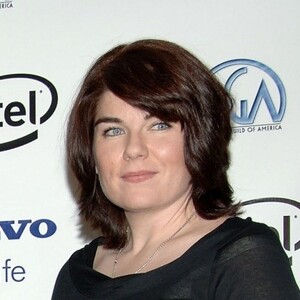