Karen Hunter net worth: Karen Hunter is an American journalist, publisher, and television personality who has a net worth of $3 million. Karen Hunter was born in East Orange, New Jersey in April 1966. She is the host of The Karen Hunter Show on Sirius XM and has co-authored several books. Hunter graduated from Drew University and later taught journalism at New York University.

She was on the editorial board of the New York Daily News for four years. Hunter won the Pulitzer Prize in 1999 as a member of a news team at New York Daily News. She was the first female African American news columnist for the paper and worked as a sports writer. Hunter worked as a morning talk show host in New York and launched Karen Hunter Publishing. She has co-authored five New York Times bestsellers along with Queen Latifah, LL Cool J, Wendy Williams, Cedric the Entertainer, and others. 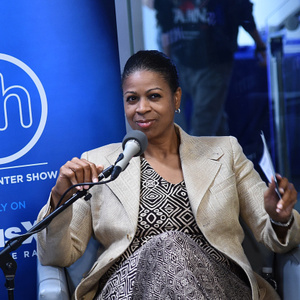