Justine Simmons net worth: Justine Simmons is an American entrepreneur, author, and reality television personality who has a net worth of $10 million dollars. Justine Simmons met rap artist/producer Rev Run, when they were 15 and 16, respectively. They struck up a conversation while at an ice rink in Long Island. Though they liked each other, they didn't live close enough to each other to have a relationship. They went on with their lives. She went on to found her own successful jewelry business, called Brown Sugar, which is featured on the Home Shopping Network. She later reconnected to Rev Run when they were adults. They were subsequently married in 1994. They have appeared on two reality series together. "Run's House", which aired from 2005 to 2009, followed the couple and their family during their daily lives. They are currently appearing on their reality series, "Rev Run's Renovation" on the DIY Network. In 2007, she published her first book, "God, Can You Hear Me?" 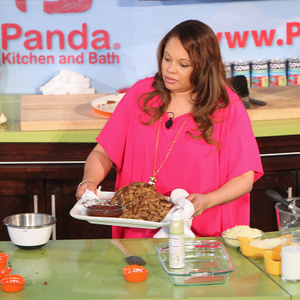