Juliet Huddy net worth and salary: Juliet Huddy is an American television news reporter who has a net worth of $2 million. Juliet Huddy was born in Miami Beach, Florida in September 1969. She is known for her work on the Fox News Channel and as an anchor for the local TV series Good Day Early Call on WNYW-TV FOX 5 in New York.

Huddy graduated from the University of Missouri and started her career as a reporter and producer for the morning newscast in Columbia, Missouri. She worked at a station owned by her mother and father in Ventura, California and won many ADDY awards. Huddy joined Fox News in 1998 in Miami and moved to New York where she became a rotating co-host of Fox and Friends First and then a co-host of Fox & Friends Weekend. Huddy has been featured on the TV series The Morning Show with Mike & Juliet, Red Eye w/ Tom Shillue, The O'Reilly Factor, and Fox and Friends.

Huddy would eventually make complaints about sexual harassment she received from Bill O'Reilly. Huddy reportedly was paid a six-figure settlement in exchange for silence and a non disclosure agreement. She apparently could not get a job for over a year after leaving Fox News. 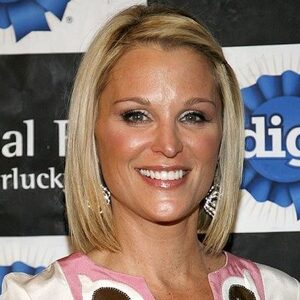