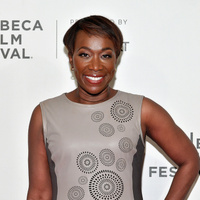 Joy Reid net worth and salary: Joy Reid is an American cable television host and correspondent who has a net worth of $4 million. Joy Reid was born in Brooklyn, New York in December 1968. She is a journalist who graduated form Harvard University. She serves as a national correspondent for MSNBC. Reid authored the book Fracture: Barack Obama, the Clintons, and the Racial Divide in 2016. Reid worked in Obama's presidential campaign and has been called a heroine of the anti-Trump resistance. Her journalism career began in 1997 when she worked in southern Florida for a TV morning show. She co-hosted Wake Up South Florida on radio from 2006 to 2007 and then was the managing editor of The Grio and a political columnist for Miami Herald. She hosted The Red Report from 2014 to 2015 and became an MSNBC national correspondent. Joy Reid began hosting AM Joy on MSNBC in 2016.