He attended the Universidad Iberoamericana in Mexico City where he majored in communications. In 1983, Ramos left Mexico on a student visa to Los Angeles, California, where he planned to enroll in UCLA extension journalism classes. In 1984, he joined KMEX-TV, an affiliate of Univision in Los Angeles. Two years later, he became the host for KMEX's morning program, Mundo Latino. Ramos later earned a master's degree in international studies at the University of Miami in Miami, Florida and in 2008 became a citizen of the United States at the age of 50. On February 21, 2008, he represented Univision in a Democratic debate between Senators Hillary Clinton and Barack Obama on The University of Texas at Austin campus in Austin, Texas. In 2013, it was announced that the charismatic Mexican-born broadcast journalist was making his English-language debut as anchor of America With Jorge Ramos-the signature primetime program on Fusion, the new cable news joint venture of Univision and ABC. 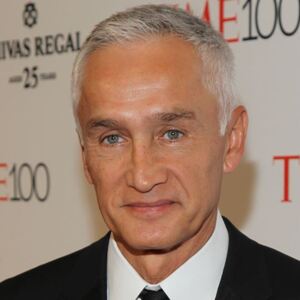