Jordan Peterson was born in Edmonton, Alberta, Canada in June 1962. He is a professor at the University of Toronto and graduated from the University of Alberta and McGill University. He has previously been a professor at McGill University as well as Harvard University. Peterson has authored the two books, 1999's "Maps of Meaning: The Architecture of Belief", and 2018's "12 Rules for Life: An Antidote to Chaos in 2018". He has also hosted his own podcast called The Jordan B. Peterson Podcast. He created the Self Authoring Suite which is a writing therapy program.

Jordan gained attention in 2016 thanks to a series of YouTube videos in which he criticized political correctness as well as the Canadian government's Bill C-16 which added gender identity as "compelled speech" making it mandatory to refer to someone using specific language.

Earnings: In a 2019 interview with Martin Weill, Jordan claimed that he was making $80,000 per month from his Patreon account at that point. He deleted his Patreon account in January 2019. In the same interview, Jordan claimed to be earning $35,000 per speaking engagement and roughly $200,000 per month from his consulting firm/clinical practice. He has also presumably earned a decent chunk of money from book royalties. He has reportedly sold around 5 million books during his career to date. If he was earning just $1 per book sold, that would be $5 million pre-tax, though it's unclear what actual rate he's receiving or how many books he may have needed to sell to pay down production costs. 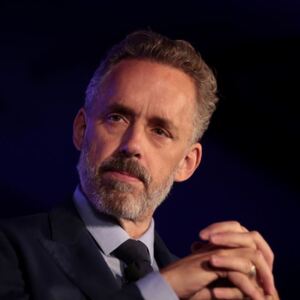