Jonathan Nolan Net Worth and Salary: Jonathan Nolan is an English-American television writer, producer, screenwriter, and author who has a net worth of $100 million. Jonathan Nolan was born in London, England, United Kingdom in 1976. Jonathan's brother is filmmaker Christopher Nolan. Jonathan, also known as "Jonah" Nolan, attended Georgetown University where he wrote a short story that he titled "Momento Mori" which his brother ended up directing as the 2000 movie "Momento". In 2006, Jonathan and Christopher wrote the screenplay for the movie "The Prestige". In 2008 they wrote the screenplay for "The Dark Knight" and in 2009 Jonah wrote "Terminator Salvation". In 2011 Jonathan created the TV series "Person of Interest". He served as a writer and executive producer for the show until it ended in 2016. He wrote the 2014 film "Interstellar". In 2016 he co-created, with his wife Lisa Joy, the HBO series Westworld. Lisa and Jonathan have two children together. 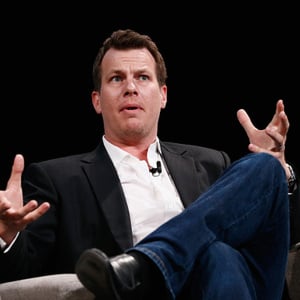