Jon Ronson net worth: Jon Ronson is a Welsh journalist, author, filmmaker, and radio presenter who has a net worth of $5 million. Jon Ronson was born in Cardiff, Wales in May 1967. He is known for his documentary films and his skeptical investigations of controversial fringe science and politics. He has authored the books Clubbed Class, Them: Adventures with Extremists, The Men Who Stare at Goats, Out of the Ordinary: True Tales of Everyday Craziness, What I Do: More True Tales of Everyday Craziness, The Psychopath Test: A Journey Through the Madness Industry, Lost at Sea: The Jon Ronson Mysteries, Frank: The True Story that Inspired the Movie, and So You've Been Publicly Shamed.

He has worked on the films The Ronson Mission, New York to California: A Great British Odyssey, Hotel Auschwitz, Tottenham Ayatollah, Critical Condition, Dr. Paisley, I Presume, New Klan, Secret Rulers of the World, The Double Life of Jonathan King, Kidneys for Jesus, I Am, Unfortunately, Randy Newman, Crazy Rulers of the World, Death in Santaland, Revered Death, Stanley Kubrick's Boxes, Revelations, and Escape and Control. 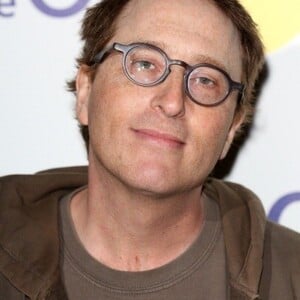