Jon Meacham net worth: Jon Meacham is an American businessman, writer, journalist, and editor who has a net worth of $4 million. Jon Meacham was born in Chattanooga, Tennessee in May 1969. He is the executive editor and executive vice president for Random House. Meacham was previously the editor-in-chief of Newsweek and has also been a contributing editor to Time magazine and an editor-at-large for WNET. His biography American Lion: Andrew Jackson in the White House won the 2009 Pulitzer Prize for Biography or Autobiography. He has also authored the books Voices in Our Blood: America's Best on the Civil Rights Movement, Franklin and Winston: An Intimate Portrait of an Epic Friendship, American Gospel: God, the Founding Fathers, and the Making of a Nation, American Homer: Reflections on Shelby Foote and His Classic The Civil War: A Narrative, Thomas Jefferson: The Art of Power, and Destiny and Power: The American Odyssey of George Herbert Walker Bush. Meacham co-hosted the PBS television series Need to Know and has frequently appeared on the TV series Morning Joe and Real Time with Bill Maher. 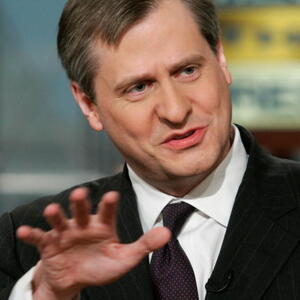