John le Carré net worth: John le Carré was a British author who had a net worth of $100 million at the time of his death. He was best known for writing espionage novels based off of his real life experiences working for the Security Service and the Secret Intelligence Service during the 1950s and 1960s. Several of his books were turned into feature-length films, notably "The Constant Gardener" and "Tinker Tailor Soldier Spy". John is considered by many to be one of the most significant authors of the 20th Century.

Early Life and Spy Career: John le Carré was born David John Moore Cornwell in Poole, Dorset, England on October 19, 1931. After a turbulent childhood at 16 he ditched boarding school and decamped to Switzerland where he enrolled in a language program at the University of  Bern. While still a student he was recruited to become a spy for England's M.I.6. (Britain's version of the CIA). He spent 16 years secretly working for M.I.6. and M.I.5. (Britain's version of the FBI). In the 1960s he lived in Berlin posing as a diplomat, but really keeping an eye on Soviet sympathizers and dissidents.

Books: David wrote his first book "Call for the Dead" in 1961. He was forbidden by the government from writing under his real name so he settled on "John le Carré". Decades later he would claim to have forgotten how he landed on that pen name.

It was his third novel, 1963's "The Spy Who Came in from the Cold" that put John le Carré on the map, becoming an international best-seller. 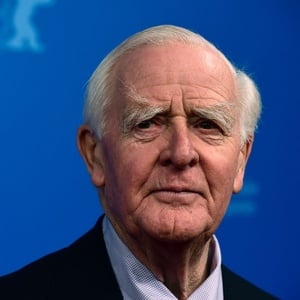