What is John Grisham's net worth?

John Grisham is a prolific American author who has a net worth of $400 million. Every year Grisham earns $50-80 million in book/movie royalties and advances.

During his career to date, John Grisham has sold over 300 million copies of his books world wide. He is known for his legal thrillers. He made his novel debut with 1989's "A Time to Kill"; since then, he has written 28 consecutive number one bestsellers, with his books having sold 300 million copies. Additionally, Grisham is an activist and politician, and served as a Democratic member of the Mississippi House of Representatives for six years.

John Ray Grisham Jr. was born in Jonesboro, Arkansas in 1955, the second of five siblings. His father, John, was a construction worker, while his mother, Wanda, was a homemaker. The family moved to Southaven, Mississippi when Grisham was four. As a kid, he expressed interest in being a baseball player; he also became devoutly Christian, citing his conversion to the religion as the most important event in his life. When he was a teenager, Grisham took an assortment of odd jobs, including as a plant waterer, a plumber, and a salesclerk. Encouraged by his mother to pursue a higher education, Grisham attended the Northwest Mississippi Community College and Delta State University in Cleveland, ultimately changing colleges three times before he got his BS degree in accounting from Mississippi State University. With his sights set on becoming a tax lawyer, he enrolled in the University of Mississippi School of Law; deciding to switch to civil litigation, he earned his JD in 1981.

Grisham practiced criminal law for about a decade, and represented the seventh district in the Mississippi House of Representatives from 1984 to 1990 as a Democrat. Meanwhile, he got his idea for his first book when, hanging around court, he overheard a young girl recounting to a jury her traumatic story of abuse. Grisham's speculation over the case led to "A Time to Kill," which took three years to complete. After being rejected by 28 publishers, the book was finally published in 1989 by the relatively unknown Wynwood Press.

"The Firm" and Major Fame

Grisham's first bestseller came with his second novel, "The Firm." The title stayed on The New York Times' bestseller list for 47 weeks, and finished 1991 as the year's seventh bestselling novel. Grisham gave up practicing law following this success, returning only briefly for a case in 1996 that became the biggest verdict of his career. Over the course of the rest of the decade, Grisham was on a hot streak, having the second bestselling book of the year in 1992 and 1993, and the number one for every year from 1994 to 2000. Titles from these years include "The Pelican Brief," "The Client," "The Rainmaker," and "The Runaway Jury."

As of 2021, nine of Grisham's novels have been adapted into films. The first and most financially successful was 1993's "The Firm," starring Tom Cruise and Holly Hunter; it grossed $270 million at the box office. Later that year, an adaptation of "The Pelican Brief" starring Julia Roberts and Denzel Washington grossed $195 million. Among the other adaptations of Grisham's work are 1994's "The Client," featuring an Oscar-nominated performance from Susan Sarandon, and the 2003 television film "A Painted House," starring Scott Glenn and Logan Lerman. 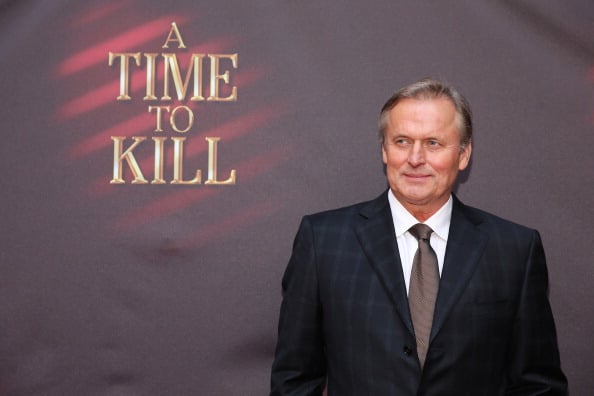 Starting with 2001's "A Painted House," Grisham expanded his literary scope beyond the law, focusing more generally on the rural American South. However, he continued to pen legal thrillers, releasing at least one a year. One such thriller, "The Summons," landed the author back on top of the charts when it became the number one book of 2002. Other bestsellers from this period include 2004's "The Last Juror" and 2005's "The Broker." In addition to these titles, Grisham has written sports and comedy fiction, including "Bleachers," "Playing for Pizza," "Calico Joe," and the original screenplay for the baseball movie "Mickey." He has also written a series of legal thrillers catered to middle-grade kids, which follows the exploits of the thirteen-year-old aspiring lawyer Theodore Boone. In the 2010s, the author found continued success with novels such as "The Litigators," "The Racketeer," "Rogue Lawyer," and "Camino Island."

Grisham has been married to Renee Jones since 1981; they have two children, Shea and Ty. Beyond law and writing, Grisham is a lifelong baseball enthusiast, and built a $3.8 million youth baseball complex in Covesville, Virginia in 1996. He also contributed $1.2 million to the Virginia Cavaliers, a donation that went toward the renovation of the University of Virginia's Davenport Field. Grisham further commits his time to various social causes; among them, he is a member of the board of directors of the Innocence Project, which works to exonerate and free unjustly convicted individuals. Grisham has also brought his activism to appearances on "Dateline NBC," PBS's "Bill Moyers Journal," and to The New York Times.

Grisham and his family divide their time between a Victorian home outside Oxford, Mississippi; homes in Charlottesville, Virginia and Destin, Florida; and a condo in Chapel Hill, North Carolina.

Grisham has received a number of awards, including a Golden Plate Award of the American Academy of Achievement; the 2005 Peggy V. Helmerich Distinguished Author Award; the Galaxy British Lifetime Achievement Award; and the Library of Congress Creative Achievement Award for Fiction. Further, Grisham is one of only three writers who have sold two million copies on a first printing, the others being J.K. Rowling and Tom Clancy. 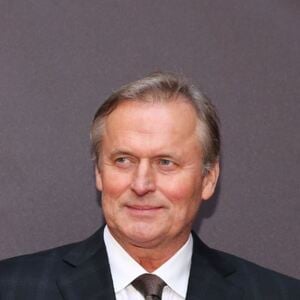