John Green net worth: John Green is an American author and vlogger who has a net worth of $17 million dollars. John Green was born in Indianapolis, Indiana on August 24, 1977, and grew up primarily in Florida. He is probably best known for writing young adult fiction novels including Looking for Alaska and The Fault in Our Stars, both of which debuted as a number one yes-seller via The New York Times.

He graduated from Kenyon College where he earned dual degrees in English and Religious Studies. He was originally focused on becoming an Episcopal priest. However, after spending part of a year working for a children's hospital as a student chaplain, he chose to shift his focus to writing. He began his literary career working as a reviewer, editor, and publishing assistant for Booklist in Chicago. He wrote his first novel, "Looking for Alaska", while working in Chicago, and it was subsequently published in 2005. It won several major literary awards, including the Michael L. Printz Award, and reached the NY Times Bestseller List. He has since written, "An Abundance of Katherines", "Paper Towns", "Will Grayson, Will Grayson" (with David Levithan), and "The Fault in Our Stars". All of the books have reached the NY Times Bestseller List, and "The Fault in Our Stars" was released as a major motion picture in 2014. Green currently also has several YouTube series including Crash Course, which offers education on literature, science and history. He is currently married to Sarah Urist Green and has two children by the names of Henry and Alice. Green has six novels published and has also received the Corine Literature Prize Award for Young Adult Novel, the Indiana Authors Award, the Children's Choice Book Award for Teen Book of the Year, and the Los Angeles Times Book Prize Innovator's Award. John Green is one of the highest paid authors in the world having earned $26 million in 2014 alone. 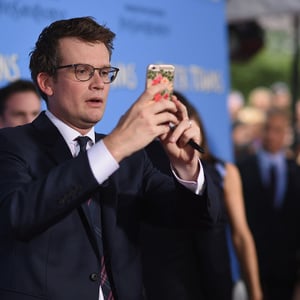